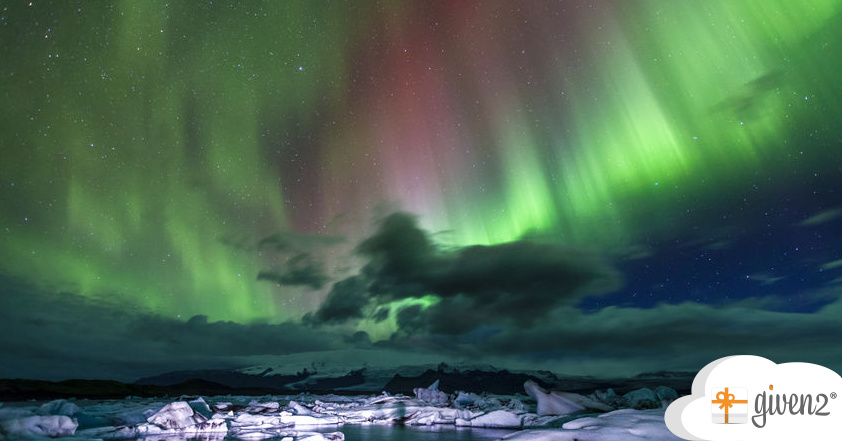 A luxury honeymoon in Iceland is a great alternative to a standard beach vacation in which you can get lost among the romantic landscape and you soak up nature at its best.

Whether you want to take a high octane sledge ride, go in search of the Northern Lights or back in thermal waters, a honeymoon in Iceland is sure to be fascinating.

The opportunity to see the Aurora Borealis (Northern Lights) in all of their glory is the main draw for many people who choose to spend their honeymoon in Iceland. The beautiful green lights that dance around the sky are top of many people’s bucket lists and what better place to see them than Iceland. The world famous Blue Lagoon is also a major tourist destination as people clamour to relax in the hot geothermal springs.

Jökulsárlón glacial lagoon on the South Coast is a stunning experience as is the glaciers Sólheimajökull. There are also many bubbling geysers to explore as you make your way around this awe-inspiring country.

Reykjavik is the only real city in Iceland, where you can find an array of bars, cafes and restaurants as well as museums and art galleries. Walking tours of the city will take you around all of the major landmarks, including the Harpa concert hall and Hallgrímskirkja.

Sightseeing excursions can be carried out independently or with a progressional tour operator who can provide expert knowledge and navigate the vast expense of countryside.

If you are only in Iceland for a couple of days, on route to your final destination, there is so much that can be packed into your honeymoon in Iceland.

Day One: Take a tour of The Golden Circle (Geysir geothermal area, Gullfoss waterfall, Þingvellir national park ) and the Blue Lagoon.
Day Two: Spend the day in Reykjavik to visit Hallgrímskirkja and the Arbær open-air museum before heading out on a bus tour of the Northern Lights.

Iceland is a nature lovers paradise where you can see an array of precious animals such as whales, puffins and dolphins.

Day One: Take a full day tour of Reynisfja beach and the Skogafoss and Seljalandsfoss waterfalls and the Southern Glaciers
Day Two: Take a tour of The Golden Circle (Geysir geothermal area, Gullfoss waterfall, Þingvellir national park ) and the Blue Lagoon
Day Three: For the ultimate adrenaline rush take a small group lava caving tour at Raufarhólshellir lava tunnel.
Day Four: Spend the morning at one of the world’s most active volcanoes, Hekla, before spending the afternoon horse riding on Reynisfjara Beach.

There is so much to see and do in Iceland that you will want to go back again and again. This seven-day itinerary packs as many activities in as possible while still allowing time for you newlyweds to relax and unwind.

Day One: Get your wedding in Iceland off to a flying start with a dog sledging tour through the country’s rugged landscape.
Day Two: Head to Hornstrandir Nature Reserve where you can enjoy the scenery and spot the best seabirds colonies on the planet
Day Three: Take a tour of The Golden Circle (Geysir geothermal area, Gullfoss waterfall, Þingvellir national park ) and the Blue Lagoon
Day Four: As it is your honeymoon, enjoy a deluxe Northern Lights tour after a day of whale watching in the North Atlantic
Day Five: Take a full day tour of Reynisfja beach and the Skogafoss and Seljalandsfoss waterfalls and the Southern Glaciers
Day Six: Have a little fun and take the Game of Thrones tour where you will take in some of the most amazing scenery you will ever set eyes on
Day Seven: Spend your last day in Reykjavik as you take a walking tour of the city followed by a tour of the city’s food and drink tours to sample the delights that Icelandic cuisine has to offer.

Iceland has a small population of just under 340,000 all who get to enjoy the ‘midnight sun’ when there are 24 hours of daylight during summer months. As the country is in the middle of North America and Europe it acts as a stop off place for many overseas travellers. As you travel through vast swathes of land you will see how ancient and primordial forces have formed truly breathtaking scenery. The country prides itself on its sustainability with over 85% of energy coming from renewable sources. Considered the most peaceful country in the world, with no army, you can look forward to a laid-back welcome from locals.

The Icelandic language has not changed much from ancient Norse so you will hear 1000-year-old words being spoken during your honeymoon in Iceland. Unsurprisingly, fish is a staple food in all households and you can look forward to locally sourced fresh fish during your time there. Bread, lamb and dairy are also important parts of a typical and expert to see the likes of whale, puffin and boiled sheep heads on the menu at traditional restaurants.

Currency: Icelandic króna
Best airlines: The average flight from Italy to Iceland is just over 4.5 hours and costs approximately 200-300 euros with Iceland Air
Average hotel costs: 170 Euros per night from 3-star hotel (prices are lower outside of Reykjavik if you are on a budget)
Weather: Iceland has mild winters and ref refreshing summers that are not too hot if you are not good in warm weather. The climate means that you can enjoy a honeymoon in Iceland at any time of the year. It is important to bring a sweater a jacket with you on your trip and good walking boots if you want to explore the delights of this rugged land.
Documents needed: EU citizens need a valid passport

How to pay a honeymoon with your wedding

An interesting idea is to ask your guests to pay “portions” of your travel, by using a wedding list specifically devoted to you honeymoon. With Given2 you will be able to arrange your dream journey and then split it in multiple parts each representing a gift, so that every guest will know how to contribute to it!

A 26 year old blogger from Rome. Wanderluster, globe-trotter, vintage style lover. Translator and foreign cultures enthusiast. Always sings in the shower. Madly in love with the city of Paris and with its wonderful blue rooftops.

Given2 Blog | Most read articles